The Pandemic for Pedestrians

Pedestrian safety statistics continue to worsen, following years-long trends and then accelerating during the pandemic.

Driving is down but at its deadliest in decades.
–
Drivers killed 39% more people walking in Richmond region in 2020.
–
Black and Brown pedestrians are being killed at a much higher rate. 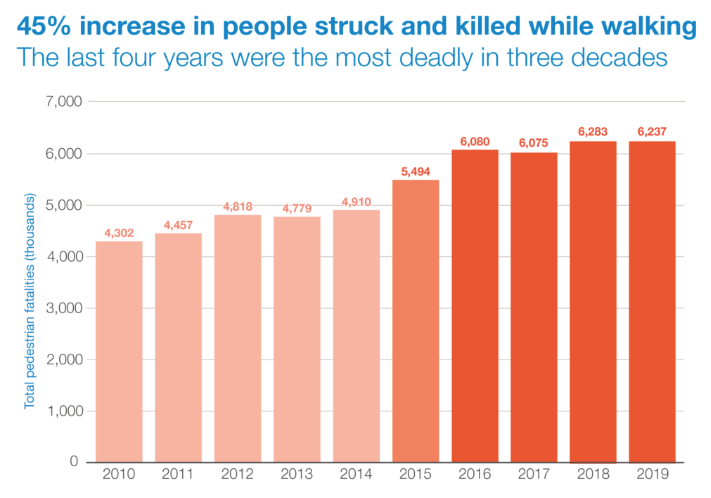 There is some regularity to the rhythm to the beginning of each year at Bike Walk RVA. The General Assembly session starts, and we look to freshly-released annual traffic safety data from Virginia Department of Motor Vehicles (DMV) to share with legislators. Then the National Bike Summit comes, and we share that data with our Congressional representatives. Around that time, summarized data from around the country is released by agencies and organizations, and national trends are analyzed.

Unfortunately, the numbers have consistently been getting worse for quite some time. Even in the year of the pandemic, with driving rates significantly reduced, fatalities have climbed substantially. Smart Growth America found a 45% increase in pedestrian fatalities in the US between 2010-2019, in its Dangerous by Design report.

If you don’t read anything else in this blog post, you should know that in the year of our pandemic 2020, driving in Virginia dropped significantly (16.6%) but traffic fatalities actually increased (2.4%). Speeding-related fatalities increased (16.3%), but overall speeding crashes and injuries decreased (~20% each). What this means is that crashes got deadlier – in large part because of speeding and the increased impact energy. Virginia pedestrian fatalities, which hit a record high in 2019 at 126, dropped modestly by 2.4% to 123. However, when compared to the unprecedented drop in driving, pedestrian fatalities actually increased a whopping 17%. That is not a typo – it is a very big increase in pedestrian fatalities relative to their exposure to driving rates. 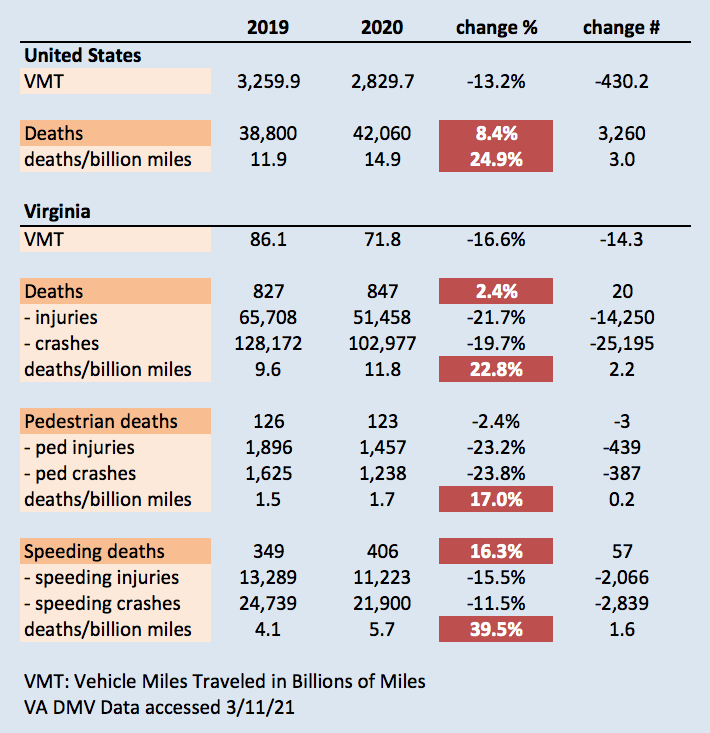 Let’s consider what we have found. Driving tanked following the 2008 recession, which brought an abrupt drop in roadway fatalities. The numbers have been climbing since, as the economy rebounded and Americans drove more and more each year. Vehicle Miles Traveled, VMT, is the metric for how much Americans drive, tracked by transportation agencies like the Federal Highway Administration. In 2018, road fatalities in the U.S. hit a 30-year high (~40,000), including a spike in pedestrian fatalities (~6,000) which had been steadily increasing. The advent of the smartphone sparked increasing rates of distracted driving, piling on to the already-dangerous activities of drunk driving and speeding.

In the 10 years prior to the pandemic, Virginia’s roadway deaths have grown from less than 700 in some years to over 850 in others. Pedestrian fatalities hit an all-time high in 2019 at 126 people killed while walking. All of this is on trend with what has been going on across the country.

Then the pandemic hit and lockdowns took hold. Driving plummeted again, this time overnight. A huge segment of employees started working from home while others were out of work. Gyms shut down, and people took to walking and biking to escape their living rooms, to get some fresh air, and to exercise. Bikes sold out everywhere, with the bike industry reporting a 120% increase in sales. Trail use surged, with a 47% increase on the Virginia Capital Trail, and some segments seeing as much as a 300% increase.

This should start to sound like the recipe for a reduction in crashes that normally parallels a reduction in driving. What we are seeing is the opposite.

Something that we have seen happen regarding pedestrian fatalities since the last recession is that typically there will be a spike in pedestrian deaths in one locality in the region. It bounces around each year, and what happens in one locality is not necessarily indicative of the whole region. Small numbers can spike without contributing to a major change in a trend. 2020 was different, with several localities posting tragically big numbers. 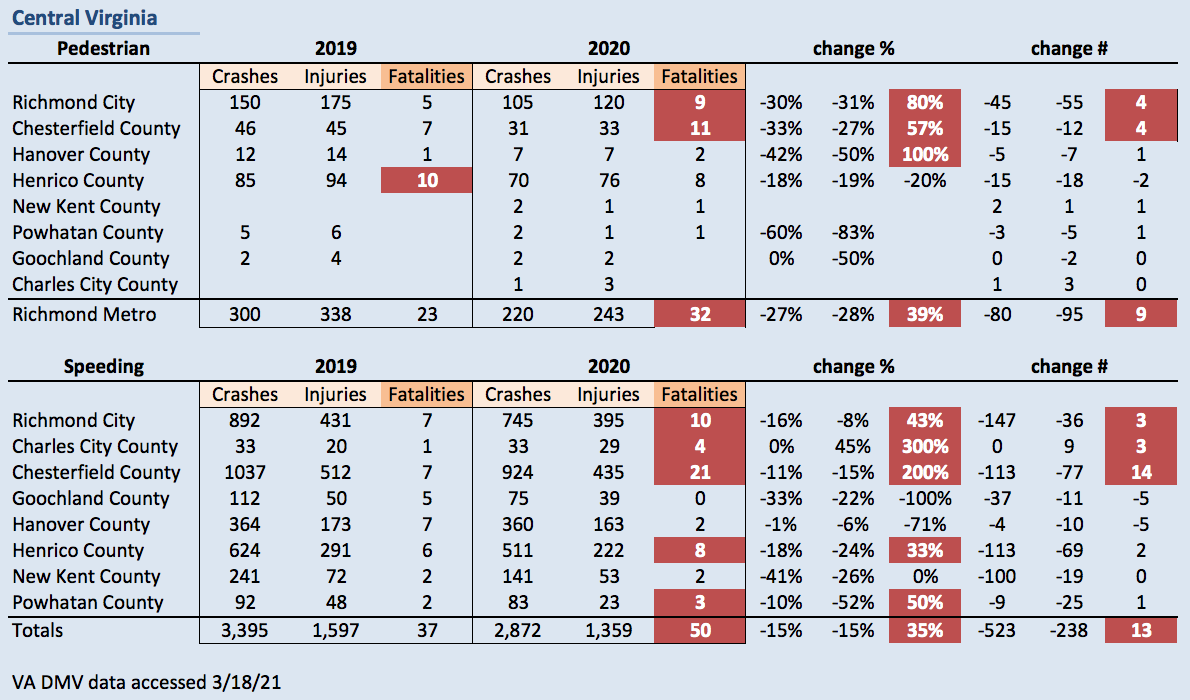 Richmond’s metro region had a record high of pedestrian fatalities at 32 in 2020, a staggering 39% annual increase. It’s also a 14% increase from the previous high of 28.

Beyond the graph, Petersburg, a city of just over 30,000 residents, had a record four pedestrian deaths in 2019 when in most years there are zero.

Because there is no publicly available VMT data for just the Richmond metro region, it is hard to estimate the change in pedestrian fatalities per mile driven. *IF* the region had the same reduction in driving as the state, our pedestrian fatality rate per billion miles driven would have increased 66%.

What the heck is going on?

Speed, and speeding. High-impact energy and reduced crash avoidance are what is going on.

Those findings are mirrored in Central Virginia, which saw a 35% increase in speeding-related fatalities. Of note is the remarkable reported increase in Chesterfield reflecting a 200% increase that claimed an additional 14 lives.

A reduction in VMT means a significant reduction in the number of cars on the road. Reduced congestion, sometimes dramatically, means the open road allows for nearly limitless speeding. Speed is the number one predictor of whether a crash will be fatal, and studies (and common sense) consistently show that pedestrians hit by increasingly faster cars are increasingly likely to die. Speed-ING is driving in excess of the posted speed limit. They are related, but not exactly the same. Sometimes the posted speed limit is still a very deadly but totally legal speed to drive. 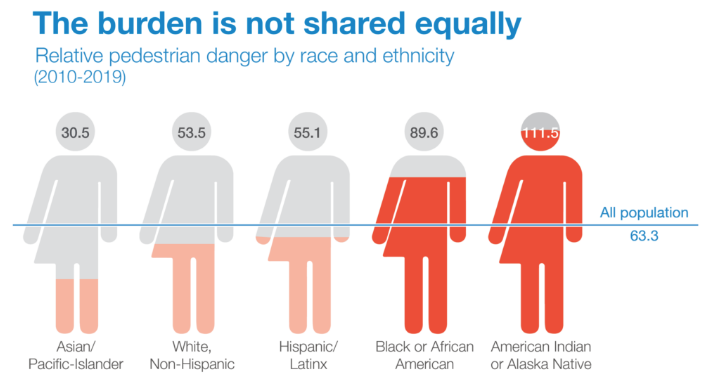 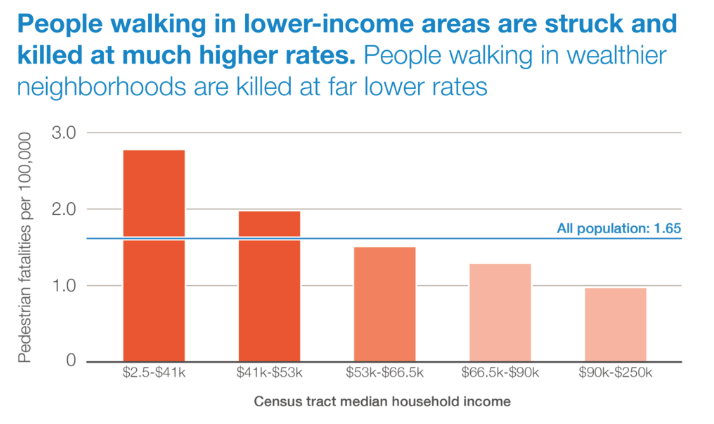 Many people were out of work or working from home for much of 2020, leading to an increase in walking. Cities around the world, including many in the United States, closed major sections of streets and roads to allow people opportunities for safe walking and biking, free from cars and with enough space to be spread out and socially distanced from each other. There were no major Open Streets efforts, as they were called, in the Richmond region. People walking and biking had to stick to the same narrow and broken sidewalks or worn grass goat paths while drivers sped with reckless abandon. At least that’s one way to look at the data. And Richmond is no exception – Chicago reported a 45% increase in fatalities because of speeding, too. Certainly this is an area ripe for further research.

Other data suggest, in addition to known factors like distraction and intoxication, that the increasingly large front ends and heavy weights of SUVs are especially deadly to pedestrians. They carry higher impact energy and hit in more vital areas of the body, and their cockpits can block view of pedestrians – especially smaller people. See Wyatt Gordon’s article for the Virginia Mercury: What’s behind Virginia’s increasing pedestrian death toll and how to reverse the trend.

One thing is for sure: Delegate Betsy Carr’s 15mph bill is one solid step toward reducing speeds. Localities in Virginia will be able to lower speed limits in Residential and Business districts to 15mph (previously the minimum was 25mph) to encourage safe walking and driving at home or on the way to the store. Beyond that, VDOT and our localities can continue to lower speed limits, shorten crossing distances, mark crosswalks, and build dedicated biking and walking infrastructure that is removed from car travel and proximity to drivers. We are hopeful that the state budget for trails will direct significant funding toward building out the Fall Line and that federal Transportation Alternatives funding will expand its support for trail, bike lane, and walkway development. Coordinating with GRTC’s transit network and correlating safety investments in communities where investments in infrastructure are needed most can go a long way toward saving the lives of Virginians.

Notes on understanding the data:

We are working with the best data we have and comparing apples to apples as best as possible. That means using National Safety Council preliminary data instead of National Highway Traffic Safety Administration data, as the latter isn’t out yet for 2020. The two data sets tend to vary predictably and are reasonable proxies for each other. Sometimes local police statistics vary with DMV numbers, or they will be updated at some undisclosed future date.

It is important to understand that small numbers are sketchy when trying to determine trends. The larger the data set, and the longer the analysis period, the better we can understand what’s actually going on. A 100% increase in pedestrian fatalities from 1 to 2 in one locality does not have equal statistical significance to a 15.5% reduction in speeding-related injuries across the state, from 13,289 to 11,223.

Some traffic reporting is subjective, based on the judgment of the officers on the scene and how they fill out their paperwork. The rationale and process for identifying speeding as a factor in a crash can vary from one scenario to another. However, no explanation for the drastic reduction in reported crashes is available from Virginia agencies at the time of this writing.

For more information about pedestrian crash data in Virginia, consult VDOT’s Pedestrian Safety Action Plan and/or contact Mark Cole. He recently gave a presentation about the PSAP and several useful overviews of data at a Drive Smart Virginia Webinar that may soon be available for viewing, including correlating data sets like Virginia Department of Health’s Health Opportunity Index.

This is not an exhaustive analysis of this data, and further study is needed. We look forward to a forthcoming statewide crosswalk design standards study as initiated by State Delegate Mark Keam in his 2021 bill, HB1841. At the time of publishing, both referenced bills still await Governor Northam’s signature. 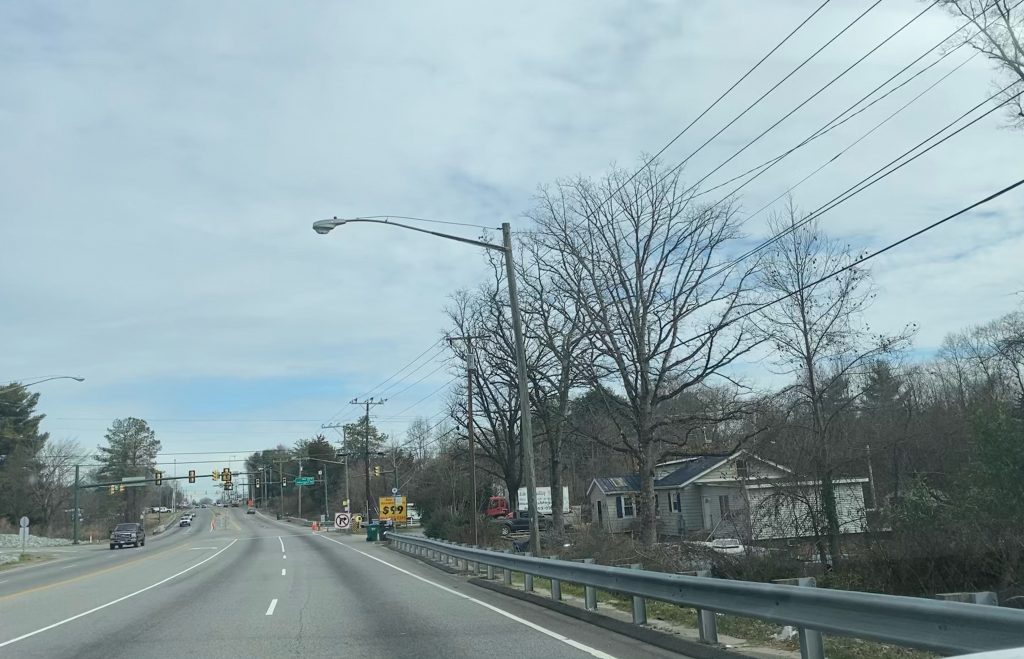