In 2017, Bike Walk RVA really turned its attention to Hanover County for the first time in the five years we have been active. We did this in order to help County government and residents take some important steps to becoming a safer and more healthy and active community. Progress continues into the New Year, but what has happened so far has been really exciting. Here is the rundown:

At the beginning of 2017, Bike Walk RVA hosted two different Bike Walk Talks in different parts of the county in order to drum up interest in increasing bicycle and pedestrian infrastructure in Hanover. About 70 people showed up between the two meetings, including County Planning staff and several Board of Supervisors members. People wanted to talk about biking and walking!

Shortly after, we put out a call for applications to the Bike Walk RVA Academy in Hanover County starting in April of last year. We accepted 18 new participants who, during that time, learned about community organizing, civic engagement, working as a team, and executing a campaign strategy. The Hanover County cohort graduated in May at a big Bike Month party in downtown Ashland, becoming Bike Walk RVA Champions. 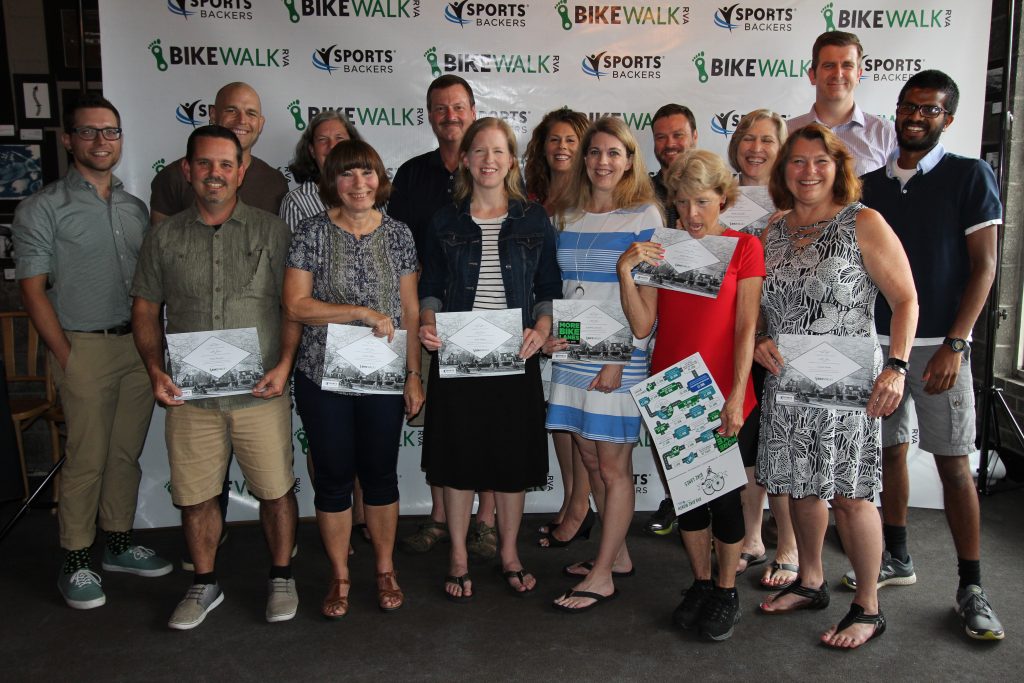 Back to the Bike Walk RVA Champions! In order to increase community engagement and build support for recommendations in the Comprehensive Plan that would make Hanover County more walkable and bikeable over the years, our graduated Champions spun off a new grassroots group called Bike Walk Hanover, complete with their own branding and outreach materials. Through the summer, fall, and winter of 2017, Bike Walk Hanover hosted bike rodeos, participated in parades, tabled at community events, and worked hard to get the word out about the benefits of an active community, as well as safe driving, walking, and biking practices. Here are some photos from their months of work (story continues after photos): 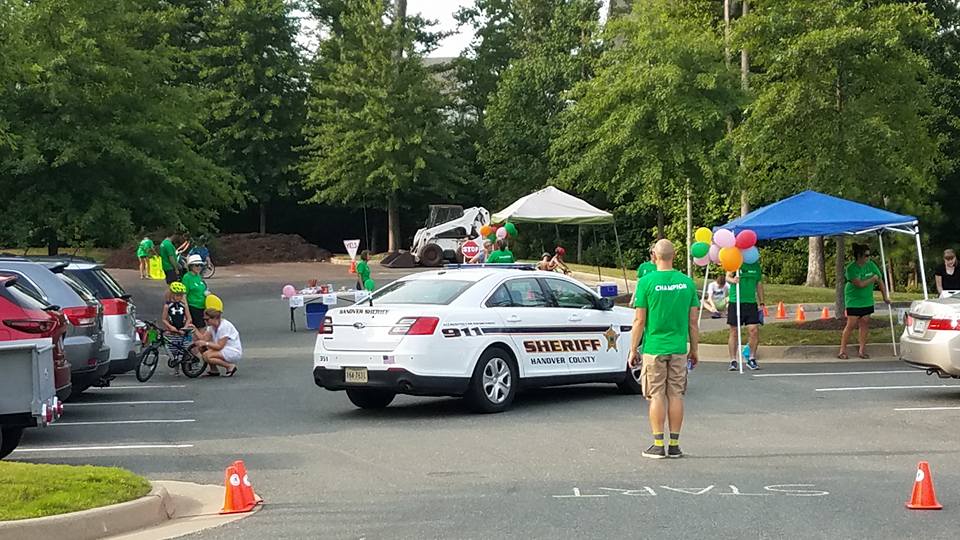 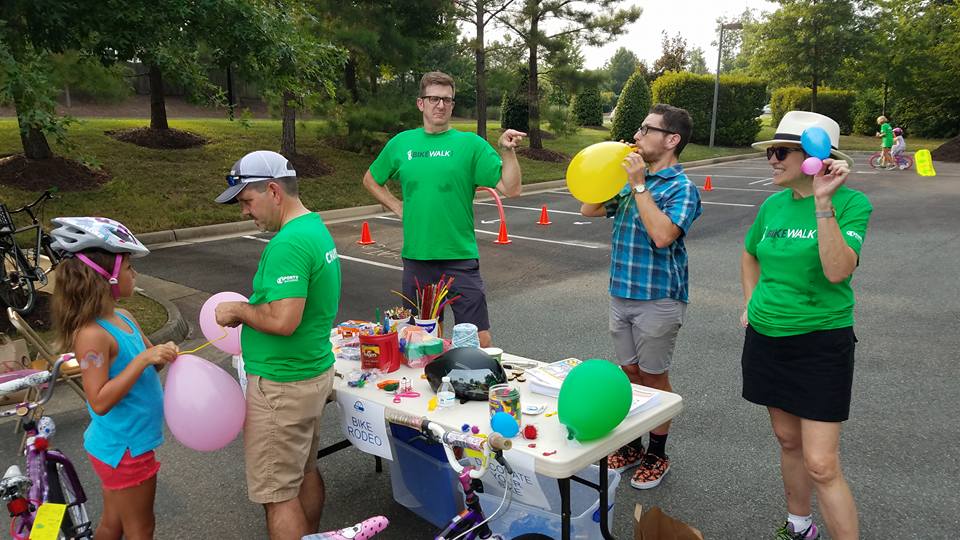 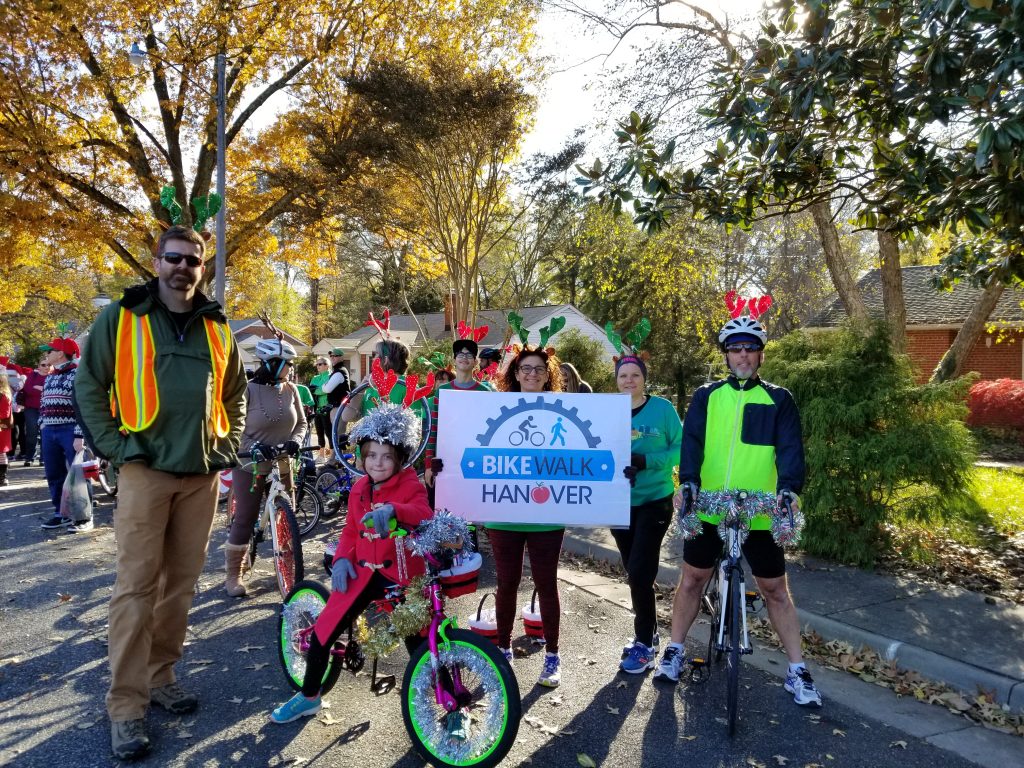 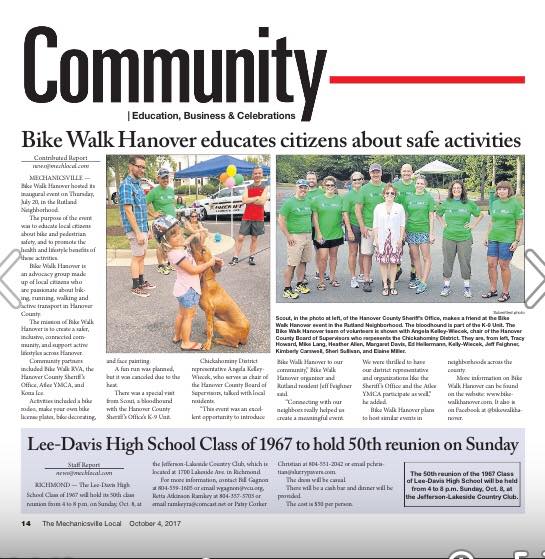 Finally, last month the draft Active Living and Healthy Neighborhoods Chapter of the Hanover County Comprehensive Plan was presented to the Hanover County Planning Commission and passed with minor amendments. Contained within the chapter were recommendations on accessible biking and walking infrastructure design such as bike lanes, sidewalks, paved shoulders, and shared use paths – including the proposed Ashland Trolley Line Trail (which, by the way, has been a pet project of Governor-elect Northam’s Chief of Staff for years).

In the early part of this year, the Hanover County Board of Supervisors will vote on whether or not to officially adopt the Active Living and Healthy Neighborhoods Chapter. If you live in Hanover County, now is a perfect time to email your Supervisor and let them know that you support Active Living and Healthy Neighborhoods in Hanover.

We will keep you posted on future action steps you can take to support this effort. We are looking forward to another victory in the region and celebrating an active and healthy Hanover County in 2018!