Bike Walk RVA would like to thank Richmond Public Libraries for having us at their finale event for the summer reading program, called Read, Rally, Ride!  We set up a demonstration bike lane on Franklin St., conceptually similar to the actual bike lane planned for that street as part of the Franklin and Main St Couplet in the soon-to-be-released Bicycle Master Plan.  Also there were Richmond Police leading a bike rodeo and Richmond 2015.  Of course, there were snow cones, a bouncy house, and a magician on a unicycle!  Also Nutzy made a star appearance to support our bike lane!

There was a fun crowd of folks of all ages and abilities and diverse backgrounds.  One resounding theme from participants was that most want to ride and walk more, but they don’t feel safe doing so!  When asked what would make them feel safer, people said they want bike lanes (separated and protected when possible) and better sidewalk with better crossing signals and lighting.  Do you agree? 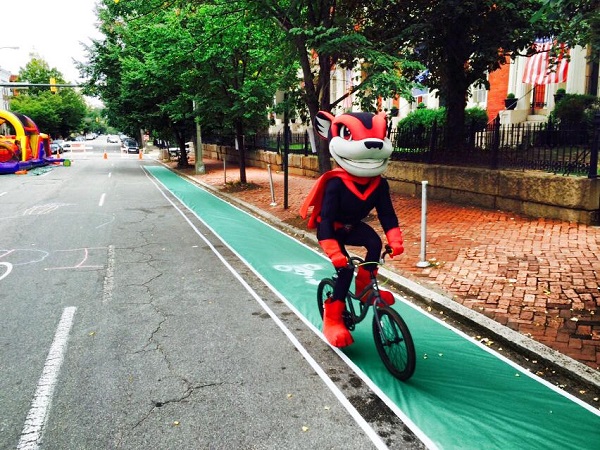 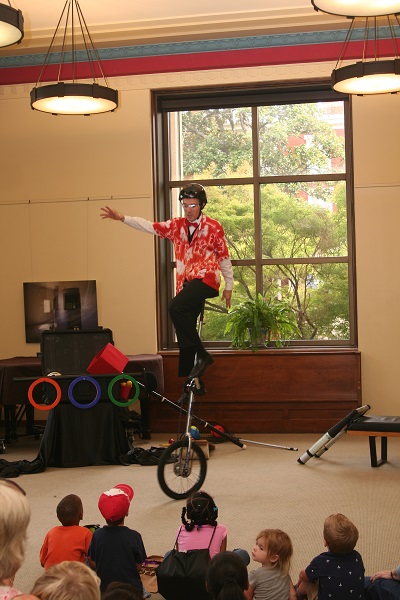 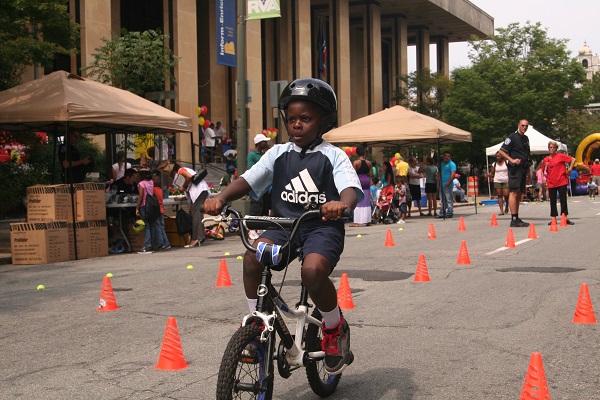 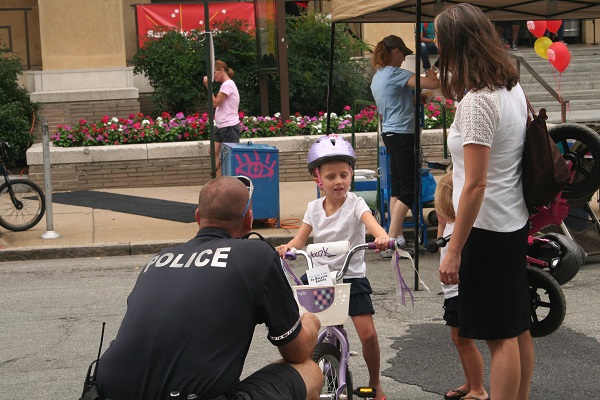