Bike Walk RVA coordinated Richmond’s first National Bike Month calendar of events in 2014. It was the first time our region had ever participated for the full month, with previous efforts really only focusing on National Bike to Work Day, the third Friday in May. We hosted a few events, helped local grassroots leaders organize their own, and, despite nasty rain on Bike to Work Day, kept the bike love strong throughout the month.

The important takeaway after Bike Month 1.0 is that we knew it could be bigger and better. And this year we (and most definitely YOU) made it happen.

Many of the elements from this year’s Bike Month found their roots in last year’s. Instead of a wrap-up party, we hosted a kickoff party where we graduated the second round of our Bike Walk RVA Academy Champions. With many thanks to the Valentine and Legend Brewing, 100 of us set May off in style. This year’s kid’s bike ride was more than twice as big and featured a temporary bike lane on Brook Road. A family-friendly food-themed ride chose tacos in 2015 instead of doughnuts. The Cap2Cap hit record numbers and with Dominion Riverrock just as big, Bike Walk RVA’s presence was bigger and more interactive. Our steady stream of volunteers River-ROCKED it all weekend! Not only was the weather (and participation) immensely better for Bike to Work Day, we also organized a press announcement with the Mayor followed by a group ride along the route of proposed protected bike lanes along Main and Franklin Streets. There was bike racing and bike commuting, food and history, and fun and community, all in the spirit of celebrating the bike and moving the needle on making Richmond safer and more comfortable for everyone to ride. More volunteers, more riders, and more events (35 in total, more than one per day!).

There were so many bike events going on in May that it was hard to promote all of them! #rvabikemonth was added to complement #rvabike. Organizations like Lewis Ginter Botanical gardens, Rag N Bones Bicycle Co-op, James River Park System, Richmond Cycling Corps, Virginia Commonwealth University, and RideRichmond joined the citizen event volunteers by hosting events of their own. 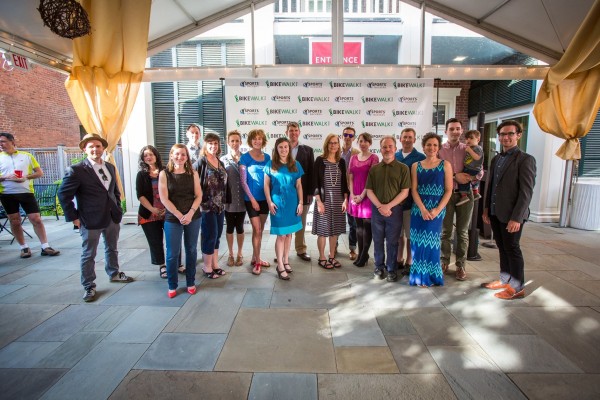 Thanks for everything, everyone, and we hope you had as much fun as we did.

And let me tell you. We’re already dreaming of Bike Month 3.0.