Bike Route 1 is a great amenity for recreational road bicycling in the Richmond region.  Its general concurrence with Riverside Drive on the south bank of the James River in Richmond is a popular route for bike enthusiasts.  We even featured it in our Martin’s Tour of Richmond with positive reception.

But while it is a generally scenic route with just light car traffic, where it crosses Powhite Parkway on Forest Hill Avenue is a real challenge for most people.  And because of limited access points along Powhite, there is no alternative route.  The bridge itself has but one extremely narrow sidewalk on just one side of the bridge.  And sidewalks do not connect on either side of the bridge, so pedestrian use has stamped down the grass along the right of way into a narrow dirt path, known to bike and pedestrian planners as a “desire line”.  The idea of a desire line is simple: people want a bona fide path built where they are carving one with their feet and tires. 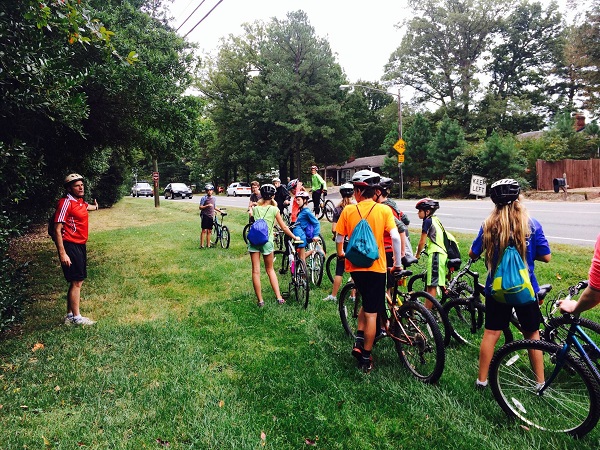 Bike Walk RVA was contacted by school leaders at Sabot at Stony Point who were planning to lead a biking tour of Richmond with a group of 7th and 8th graders.  They planned the route carefully and were able to ride along quiet, neighborhood roads or through parks for most of their ride.  But this 0.4 mile stretch was not rideable for the class due to traffic and lack of separated space for bike riders.  So the ride leaders had the class dismount and walk.

As you can see from the photos they invited me to take along the way, the walking accommodations were not much better.

Can you imagine the health of a city, a county, and a region where our kids could walk and bike to school?  Where field trips like this could be active and inviting, not treacherous and intimidating?

That’s how our streets should be built, and in some cases, rebuilt.  With your help, we can do this! 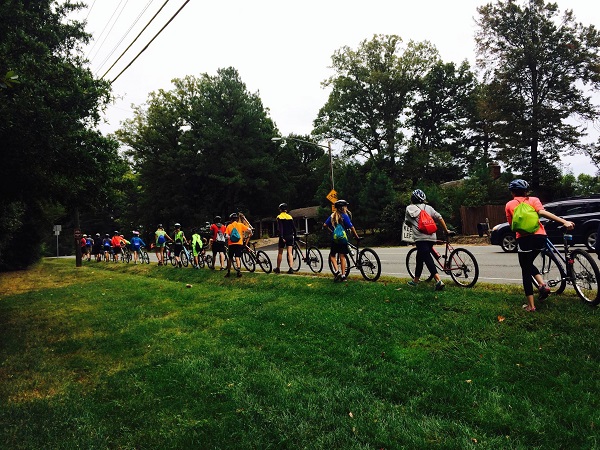 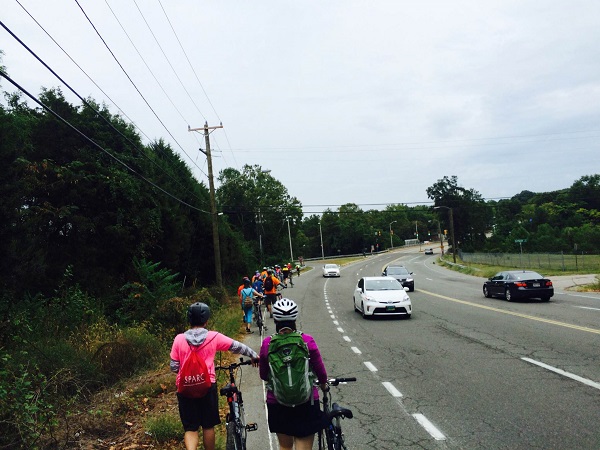 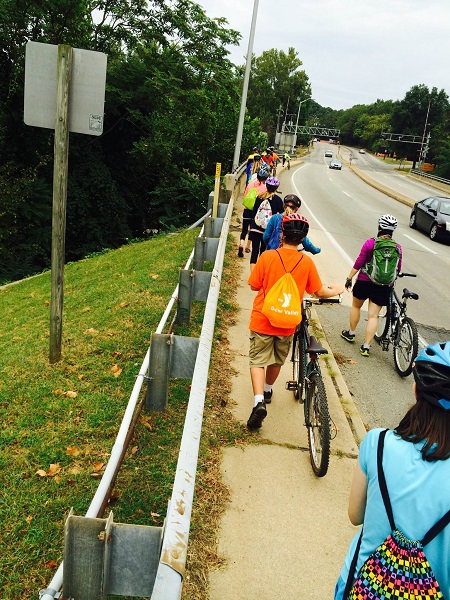 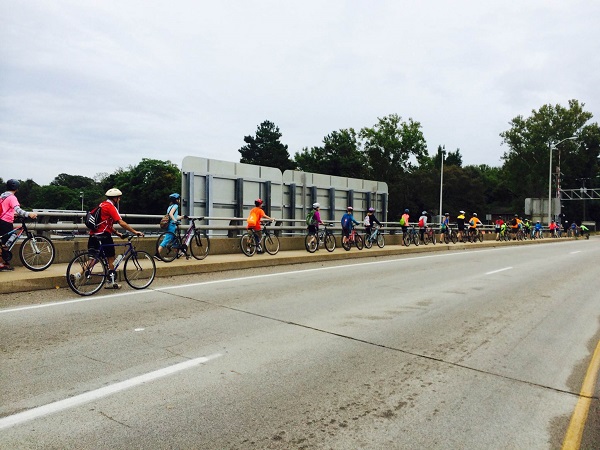 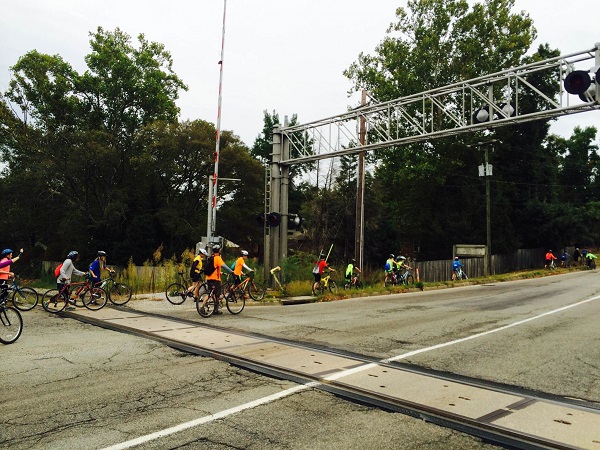