Sports Backers’ Bike Walk RVA program, in partnership with Plan RVA, hosted a Regional Trail Workshop with over 50 elected officials, city and county staff members, Virginia Department of Transportation and US Department of Transportation staff, and peer advocates from seven localities across the Richmond and Crater districts to learn about and contribute to the vision of the trail from Ashland to Petersburg. 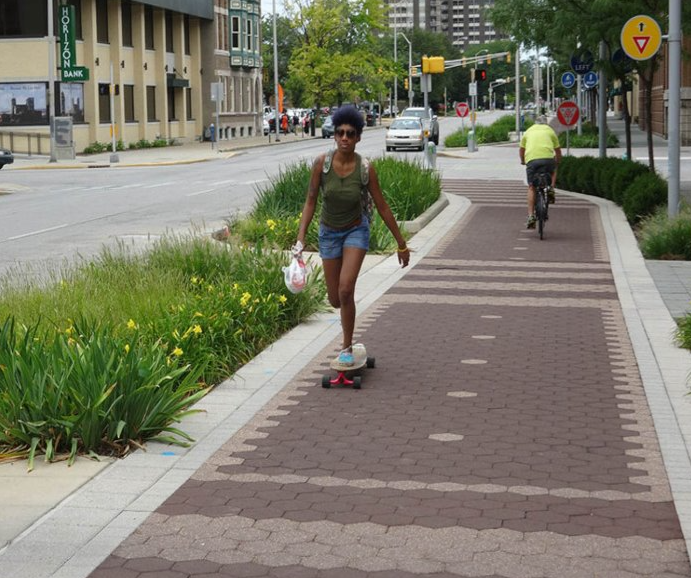 Participants learned of the bountiful success of going “big, bold, and beautiful” on an inspirational model of urban paved trails from Brian Payne, President of Central Indiana Community Foundation, who led the concept and philanthropy for the Indianapolis Cultural Trail (ICT).”The trail has become much more than just a piece of infrastructure, but contributes to a unique, livable city, transportation connectivity, economic development, community connections, and positive public health,” said Payne.

The ICT measures 8 miles connecting various cultural districts in Indianapolis’ downtown, and is a trail hub linking with greenways including the Monon Trail, White River Rapahani Trail, and Pleasant Run Greenway. Kären Haley, Executive Director of Indianapolis Cultural Trail, Inc., shared insights from having managed the trail since its completion in 2008. Since opening in 2008, the trail has generated $1 billion estimated economic impact, over 11,000 jobs created, 40 miles of Indianapolis Parks Greenway Trail system connected to ICT, 55 new restaurants on 8 blocks of trail. The ICT has been named on the New York Times’ 52 Places to Go list (2014) and Metropolis Magazine’s Most Livable Cities (2015). “The trail has become the center for walking, biking, bikeshare, and is a hub for community programs and art,” said Haley. “The improved livability for people of all walks of life can’t be overstated.”

After some lively discussion about the exemplary ICT oriented in an urban context, workshop participants joined Cat Anthony, Executive Director of the Virginia Capital Trail Foundation, for a walk and talk along a section of the the Virginia Capital Trail (VCT). Completed in 2015, the majority of VCT’s mileage travels along more rural landscapes. Together, the Indianapolis Cultural Trail and Virginia Capital Trail provided key examples of how a world class trail from Ashland to Petersburg can traverse through urban, suburban, and rural areas. 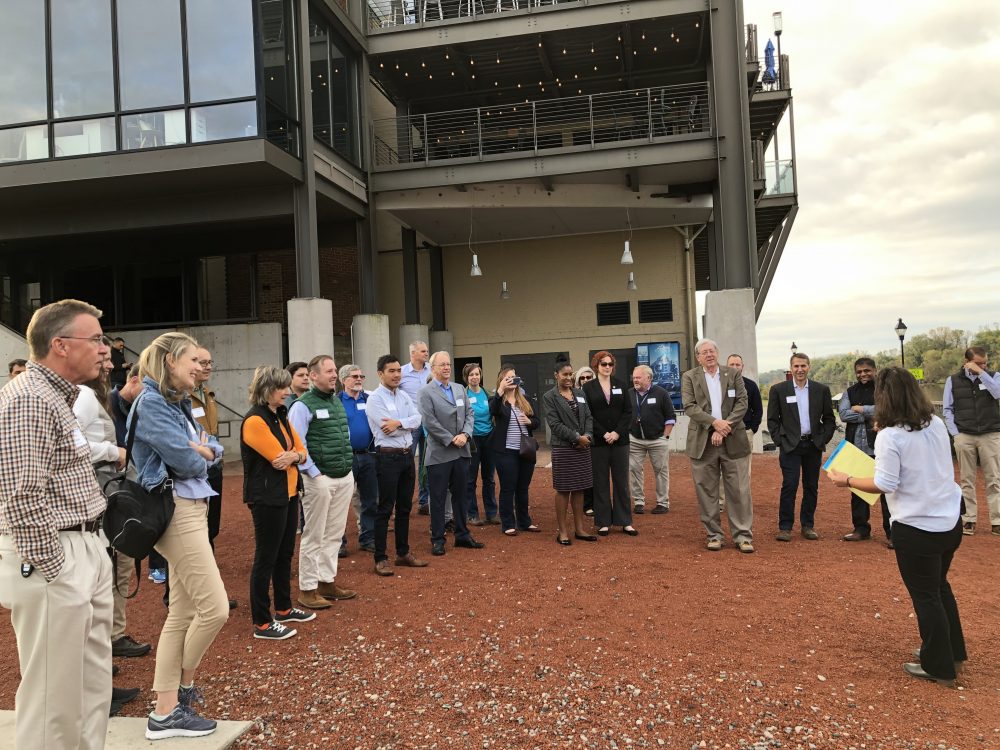 By day’s end, some of the best news to bubble up from this valuable time with our public servants is that some portions of the trail, in coordination with the feasibility study and alignment, are already being put out for transportation grant applications. We could see construction in some areas next year!