Closing the Streets to the People

UPDATE (8/1/2017): Since this blog was originally posted, a couple of things have changed and we’ve received some new information.

The people have spoken (or Tweeted, as it were) and it has already made a difference. Over the weekend, at least a couple of places identified as frustrating and unsafe pedestrian closures have been improved. Check out the before and after photos, and please send us any more that you see while you are out walking and biking around the city.

Satisfying, isn’t it? What’s even more satisfying is knowing that engaged residents have the power to make important changes on our streets — and it doesn’t always require a lot of effort. Sometimes, you just have to whip out your phone.

Speaking of which, we received a hot tip about construction closures of sidewalks: if you see a sidewalk that you feel is wrongfully closed, try to locate the “Work in Street Permit” that was issued by the City of Richmond. This permit is sometimes posted where it is visible to the public, and sometimes you might have to ask someone to see it. But on that permit is a phone number to the City of Richmond right of way inspector who is assigned to the job, and that inspector can come review the closure to make sure it is done correctly. Apparently, there are only four inspectors for the entire city, so this actually helps them with their responsibilities because they might not have made it to personally inspect that particular closure yet.

Thank you for everyone who help bring attention to this issue. Let’s keep at it. More eyes on the street!

ORIGINAL POST (7/27/2017): What was once a low rumble is now turning into a roar. People are fed up with public right of way being closed to foot and bike traffic. Here at Bike Walk RVA, we hear about different instances of this regularly, and with more frequency this time of year because it is officially “construction season.”

Broad and 9th (after)While we understand that a developer or construction company might need extra space to work, it seems as though the City of Richmond grants them the freedom to close public right of way for reasons that are not justified – such as the placement of a dumpster or portable toilets – and without requiring an alternative route or additional accommodation.

Look at this photo. Are pedestrians in Jackson Ward really less important than a few portable toilets? 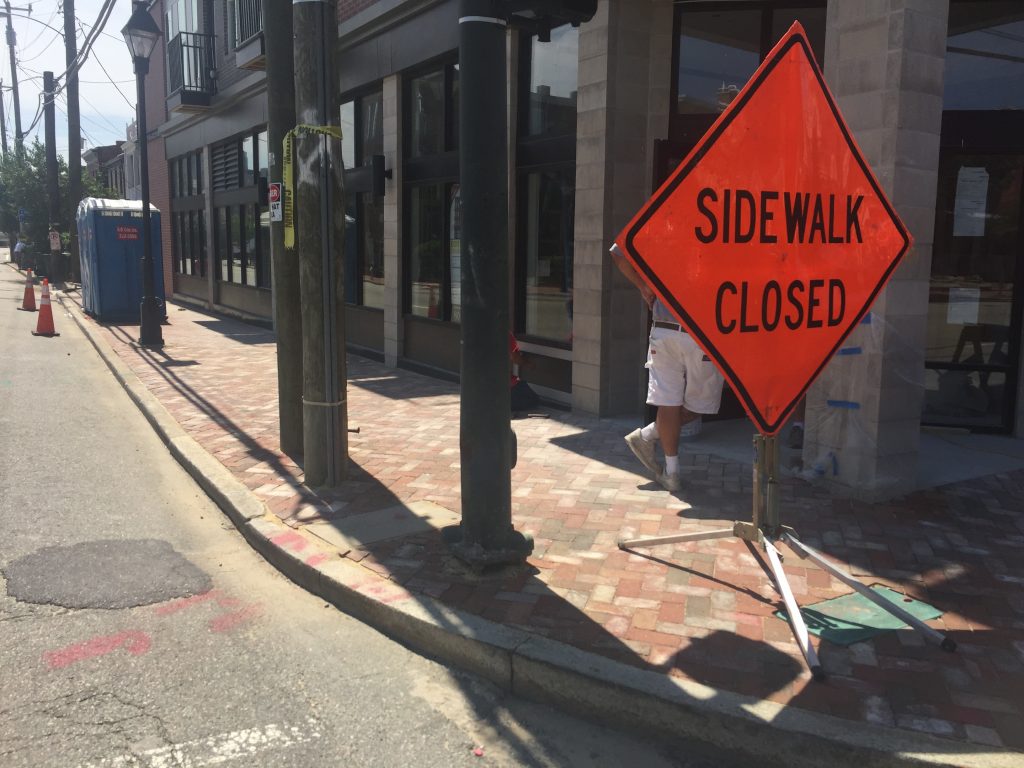 For a city that adopted a Complete Streets resolution back in October of 2014, this is a pretty incomplete approach to maintenance and construction, and it is happening all over the city. While there has been a decent example of how to effectively do this in Carytown as of late, a neighborhood that attracts a lot of foot traffic… 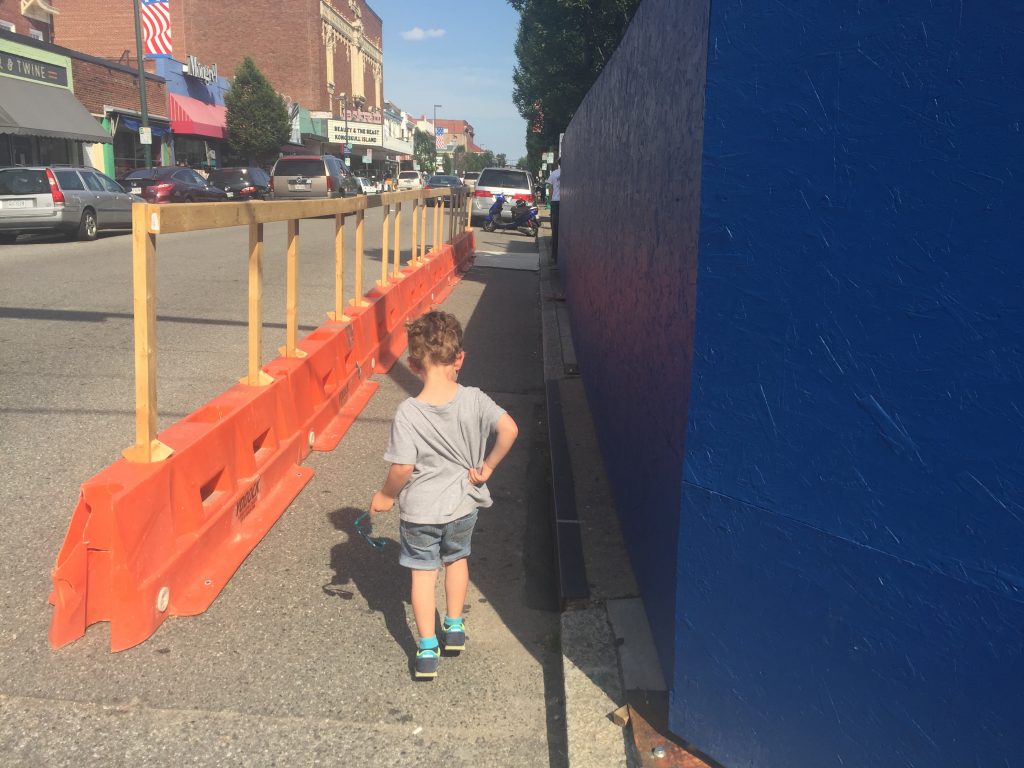 …most of the construction or development projects we see around Richmond look more like this (an otherwise busy sidewalk at Grace and Harrison): 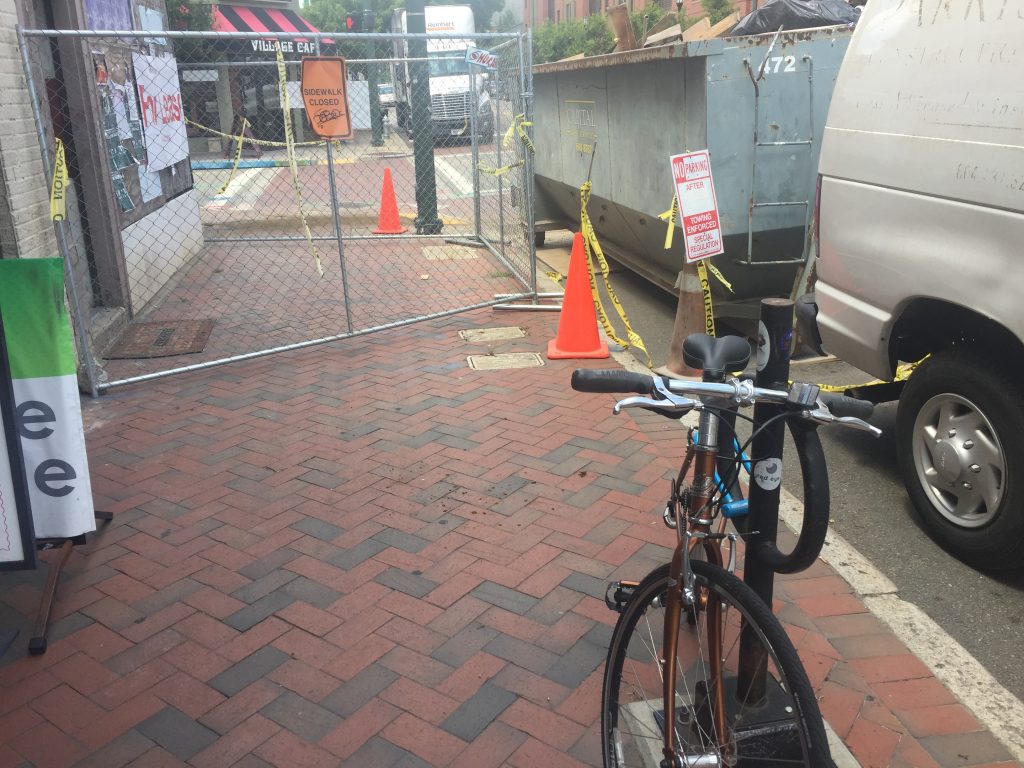 …or this feeble attempt at Broad and 9th to accommodate pedestrians, as long as they are not in a wheelchair or using a walker or pushing a stroller: 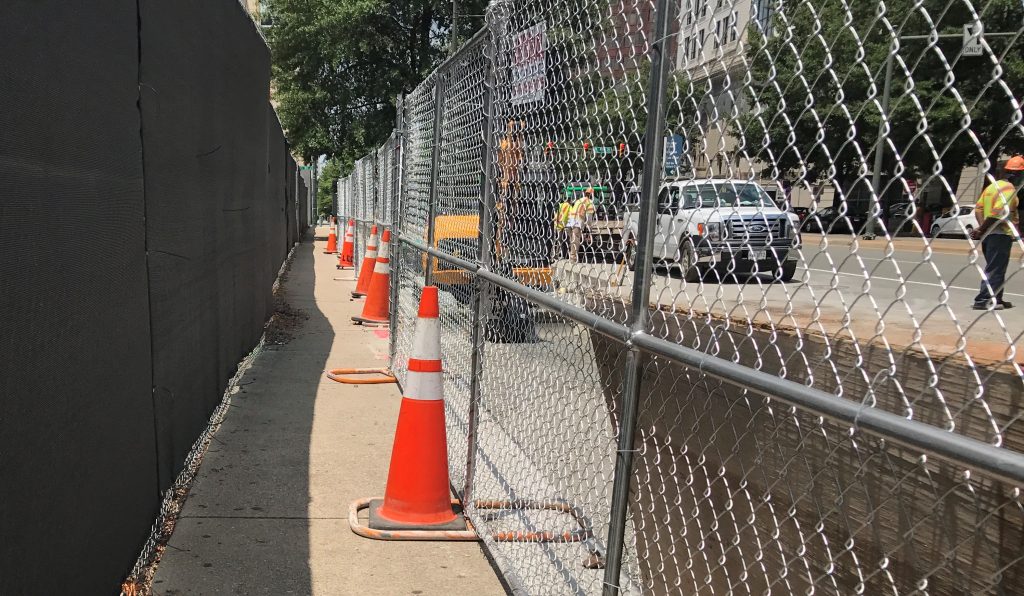 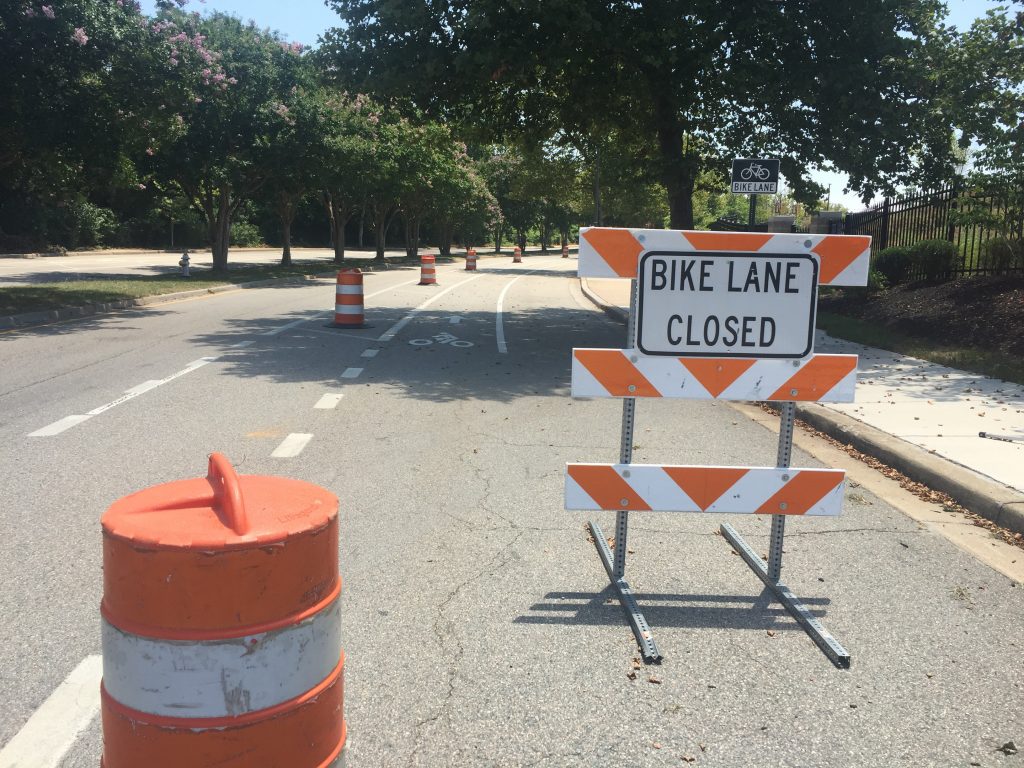 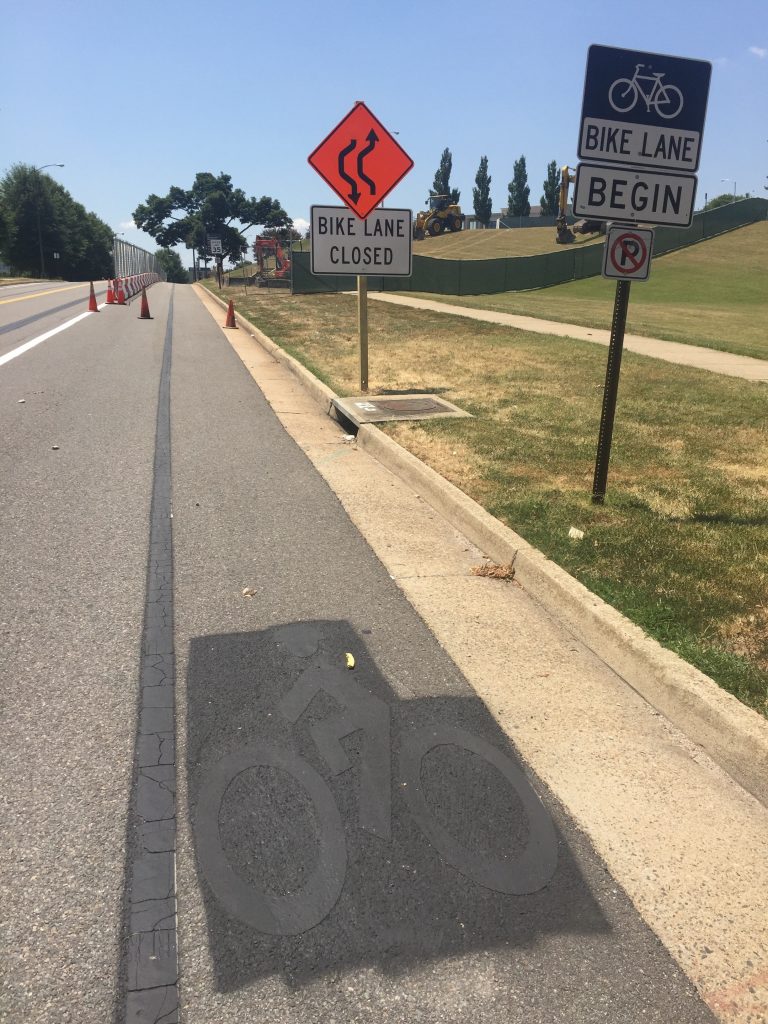 There have been no accommodations made for bicyclists in light of these closures, though the roads remain open to car traffic. This is not how we should treat people who choose to, or need to, get around by foot or bike. It is time that we let our elected officials know that we want safe places for people to walk and bike, even during construction.

What can you do to move things along? Take action:

Email your elected officials and ask them to fix this practice of sidewalk and bike lane closure without additional accommodations for people who walk and bike.

Thank you for sticking up for the rights of people who bike and walk.