RICHMOND, VA – Brantley Tyndall, Director of Outreach for Sports Backers’ Bike Walk RVA program, has been recognized as the League of American Bicyclists’ 2022 Advocate of the Year. The national award was announced as part of the League’s National Bike Summit which took place March 27-30 in Washington, D.C. 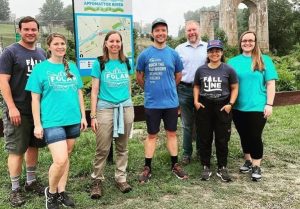 According to the League of American Bicyclists, the Advocate of the Year Award goes to a leader of a bicycling and/or walking advocacy organization who has shown tireless commitment to promoting bicycling and walking in their state. This person goes above and beyond the call of duty to transform their state into a great place for biking and walking. Their time, knowledge, creativity, and commitment are the highest standard of excellence exemplifying a role model for peers.

“I’m honored that the hard work of so many people in Richmond and throughout Virginia is being recognized through this award from the League of American Bicyclists,” said Brantley. “I hope that the bike and pedestrian advocacy movement will continue to build the strength needed to keep redefining and redesigning our transportation networks.”

In addition to his role with Bike Walk RVA, Brantley also serves as the president of the Virginia Bicycling Federation (VBF). The VBF is a statewide advocacy organization working to change public policy and community attitudes, to improve the safety, convenience, and acceptance of bicycling, and to promote bicycling for transportation, recreation, public health, and economic development. 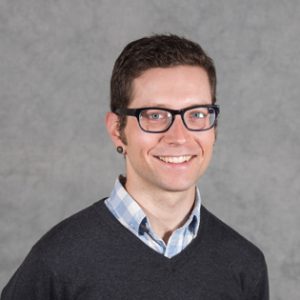 In the past year, Brantley and advocates throughout the state have led the charge to secure funding for safe and connected bike and pedestrian networks in Virginia. Due to their tireless efforts and advocacy work to extol the benefits of trails to state legislators, the House of Delegates and State Senate proposed a level of funding somewhere between $57 and $90 million, respectively, for multi-use trails. The proposed House budget would dedicate $14.9 million directly to the Fall Line trail, among its other dedicated trail line items, and the Senate would establish an Office of Trails that would disburse the funding to trails. State legislators reconvened in Richmond for a special session on April 4 to finalize the budget.

“We are incredibly proud that Brantley is receiving this award for his skill and passion in leading advocacy efforts from the grassroots level all the way through local, state, and federal government. We’d also like to thank all of our advocates, partners, and champions for continuing to support the work of creating safe and connected spaces for biking and walking,” said Louise Lockett Gordon, Director of Bike Walk RVA for Sports Backers.  “The dedicated funding for trails and establishment of a statewide Office of Trails are new steps that set precedence for the importance of regional trail networks, and they will serve to support the viability of trails as the interstates of active transportation.”

Bike Walk RVA is currently hosting its 9th Bike Walk RVA Academy to develop Richmond region residents into grassroots leaders in their communities for better walking and biking infrastructure. Through the work of Bike Walk RVA Champions, localities are seeing significant increases in funding where trained and organized bike and pedestrian advocates have built relationships with local elected leaders, administrators and staff, and their communities. Additional funding highlights include the following:

To learn more about the League of American Bicyclists and its Advocacy and Education Awards program, please visit www.bikeleague.org. For more information on Bike Walk RVA, visit www.sportsbackers.org/program/bike-walk-rva/.

About Sports Backers
With a key message of Let’s Go, RVA, the mission of Sports Backers is to inspire people to live actively. A non-profit organization, Sports Backers is dedicated to producing nationally recognized quality sporting events and programs that motivate residents and visitors alike to be more active, supporting youth running and fitness programs, and advocating for safe and connected networks of bike and pedestrian infrastructure. Learn more at www.sportsbackers.org.