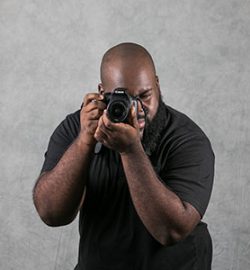 Dion is new to the Richmond area, after recently graduating from Old Dominion University. As our Graphic Designer he creates assets that help visually communicate the messages, event and program efforts, and general happenings of Sports Backers. Even though design ended up being his calling, as a child he did catch the wrestling bug and thought perhaps he’d be the next WWE World Heavyweight Champion. Personally, we’re glad that one didn’t work out! Dion stays busy so when he has a free day he likes to keep it low key, put his phone on do not disturb, play some video games, and hang with his two dogs Zoey and Zena. Next time you’re amped up about a new event shirt, thank Dion!

If you could have any super power what would it be: “I don’t know if it’s a super power, but I would love a photographic memory. I think it would help a lot in my art and design!”

Favorite way to stay active: “In college I discovered spin/cycling classes. Once you get past the uncomfortable seats, it’s a blast!”