It’s been a while since we’ve done a bike and pedestrian infrastructure update. Take a look at projects popping up left and right around the city! 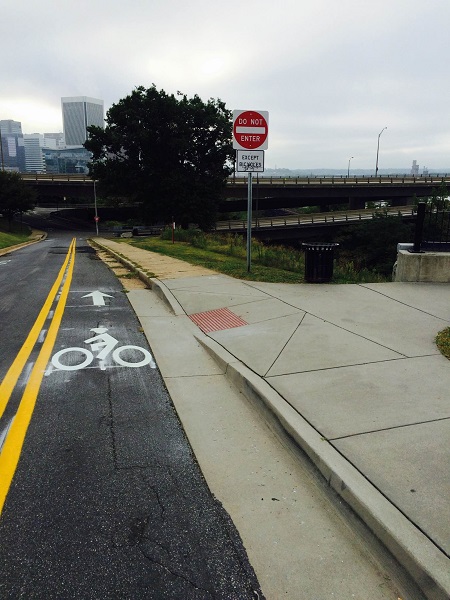 This is the city’s first contraflow bike lane (only bicycles can go the opposite direction of car travel), which allows access to 2nd street and the Belvidere Bridge from Oregon Hill. The bike lane starting on the ramp extends all the way to Riverside Dr. (and there’s a bike lane in the return direction as well!), and the new lane coming down the hill also connects with the existing 2nd St. bike lane heading into downtown. 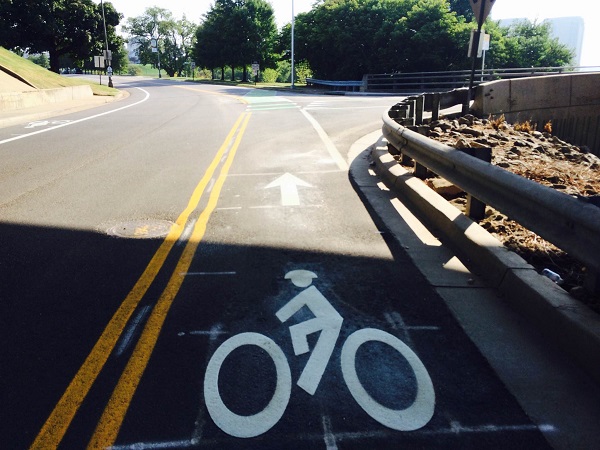 Heading toward downtown from Oregon Hill. 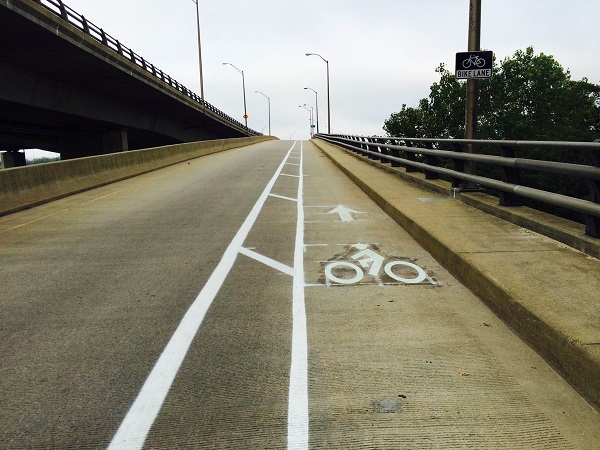 The ramp to the southbound direction of Belvidere St. over the Lee Bridge. 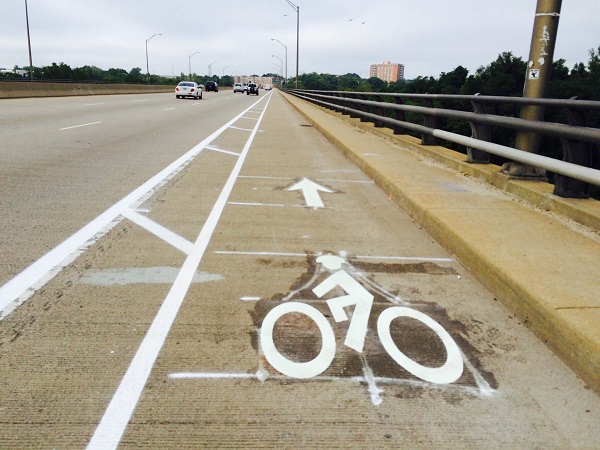 At the end, there’s a bike lane that proceeds straight (with green paint through the turn lane), and a bike lane off the ramp to Riverside Dr. Your bases are covered! 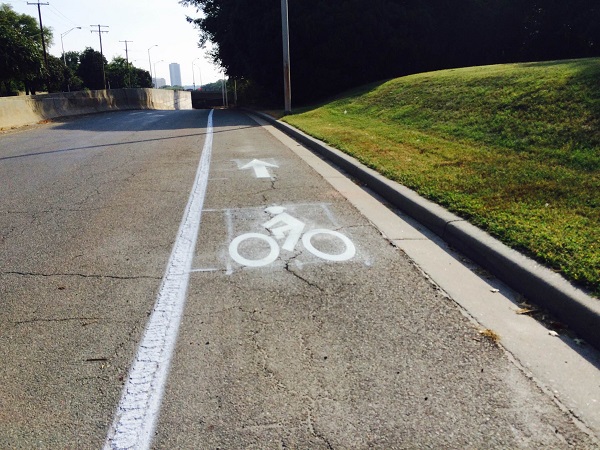 The ramp to northbound Belvidere St. over the James from Riverside Dr. 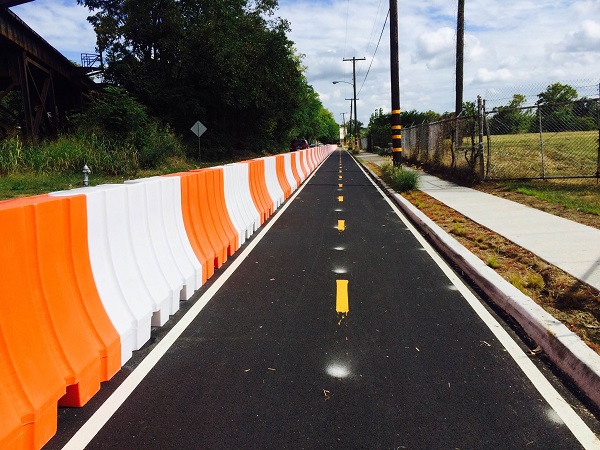 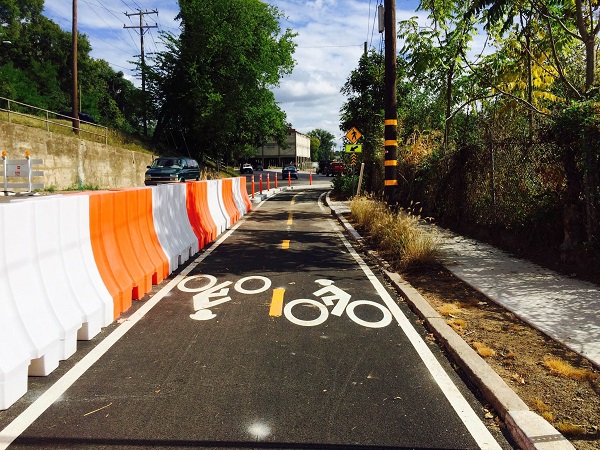 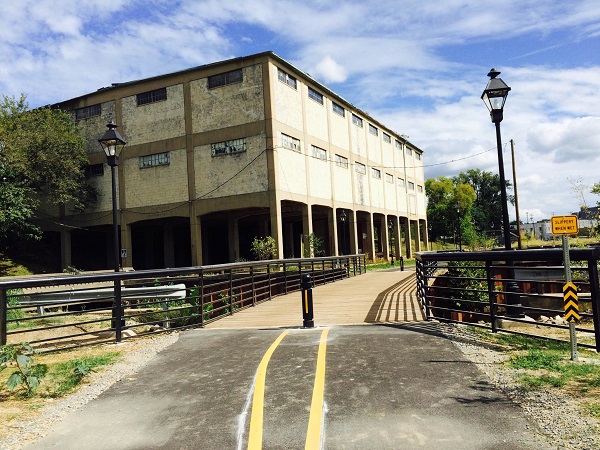 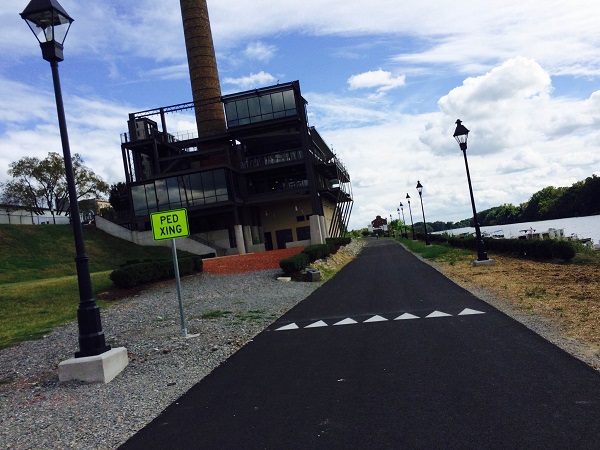 These new bike lanes extend north from the existing buffered bike lanes on Brookland Parkway to the Henrico County line (where it becomes Lakeside Ave.). North of Bellevue Ave., they have a painted buffer!

You read that right. THESE CONNECT WITH HENRICO COUNTY 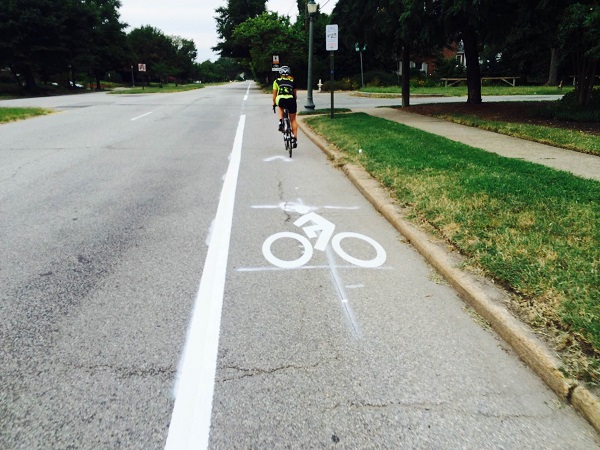 The symbols and signs are in. 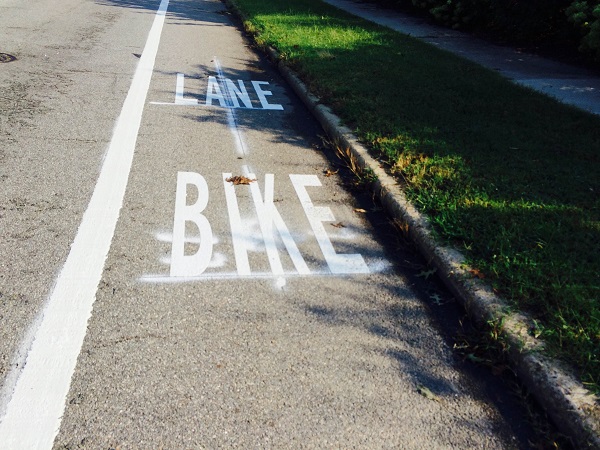 No question here what this is. 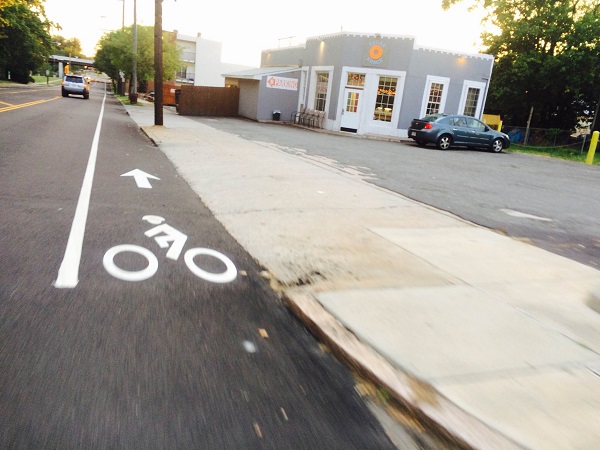 The existing bike lane on Lombardy St. between Broad St. and Virginia Union University is back after repaving.

Similar to those on Belvidere St., there are now buffered bike lanes traversing the Manchester Bridge up to 9th and Cary at the northern end. 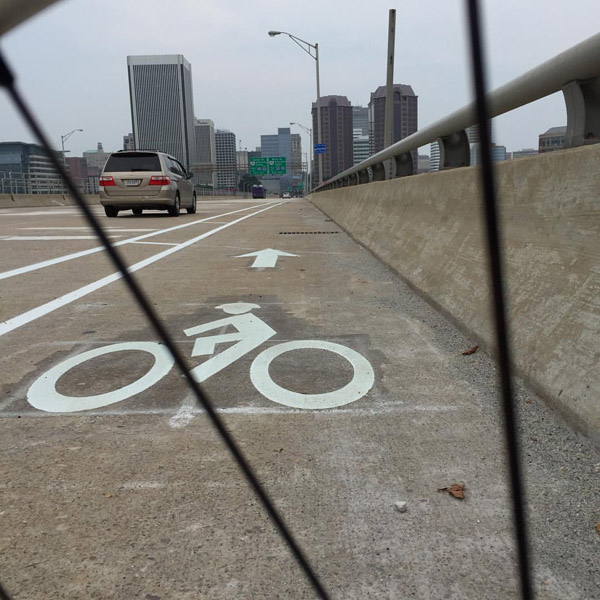 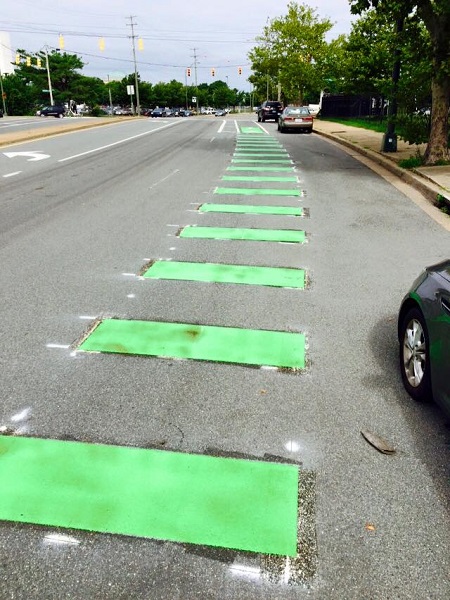 Green paint highlights the conflict zone at the intersection with Hermitage Rd.

Construction of the traffic calming and wayfinding elements to make Floyd Ave. a Bike Walk Street has been postponed until after the UCI Road Cycling World Championships (that are here in just two weeks), but that didn’t stop the installation of an automated bike and pedestrian counter (between Granby and Allen Streets)! 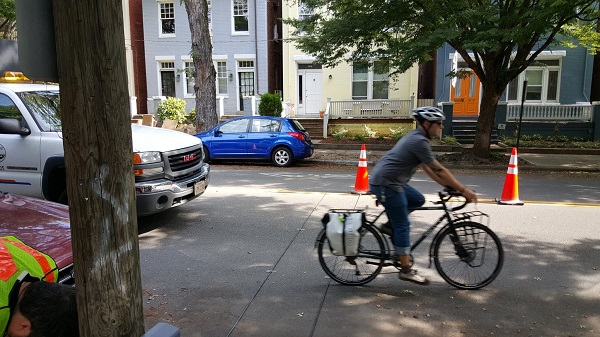