For two days in June of last year, we built a better block in Church Hill North. We facilitated dozens of “pop-up” shops in taking up residency along North 25th Street, including inside several vacant storefronts. We added bike lanes and new crosswalks for the weekend using duct tape and other temporary materials, saw the rise of a pocket park on an undeveloped piece of land, turned a concrete slab into a stage for an afternoon of soulful music, painted buildings, painted murals, and doled our thousands of dollars donated by Capital One for façade improvements to the existing businesses.

In case you missed it, you can watch a short documentary about the Better Block Project here:

The project took months of planning and forming partnerships with Team Better Block, the City of Richmond, Bon Secours, Capital One, Davita Dialysis, Storefront for Community Design, Groundwork RVA, Partnership for Smarter Growth and others.  And finally, on June 13 and 14 of 2014, the East End community came together for a weekend of temporary transformation of two blocks of North 25th Street into a more walkable, bikeable, vibrant and economically healthy corridor.

But what has changed since then? Did we help create any lasting improvements? I went back to the intersection of N 25th St and Venable St this week to find out.

While it wasn’t my first time back all year – I’ve been back many times since then – I looked hard for what I could interpret as permanent positive change. At first glance, the street looked almost the same. But as I walked the corridor and peered into windows, I began to see the subtle and not-so-subtle changes that told me it was all worth it. 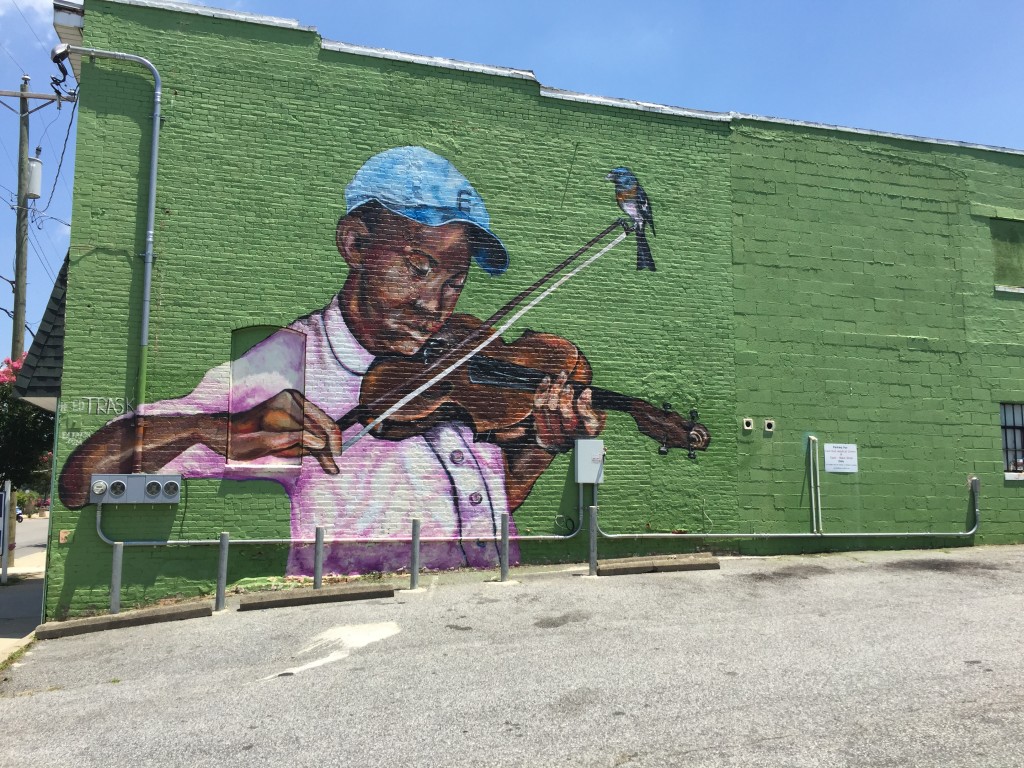 At the northern end of the Better Block project site, big changes are happening on the street with the addition of a large roundabout at N 25th St and Nine Mile Road. Construction is currently underway, and while this is not a direct result of the Better Block Project, it does demonstrate the City of Richmond’s ongoing commitment to make the East End a better place. Making my way south, I was happy to see Ed Trask’s mural that was painted during Better Block still in pristine condition on the side of a building, and that the business in that building had a new, secure front door paid for by Capital One’s contribution to façade improvements.

Our home base for the Better Block Project was located at 1105/1107 N 25th St. While it was originally envisioned to house a coffee shop, it now has a tax office as new tenants. But previously, the space was vacant and uninhabitable due to major repairs that needed to be made, and many of them were made as a direct result of Better Block. 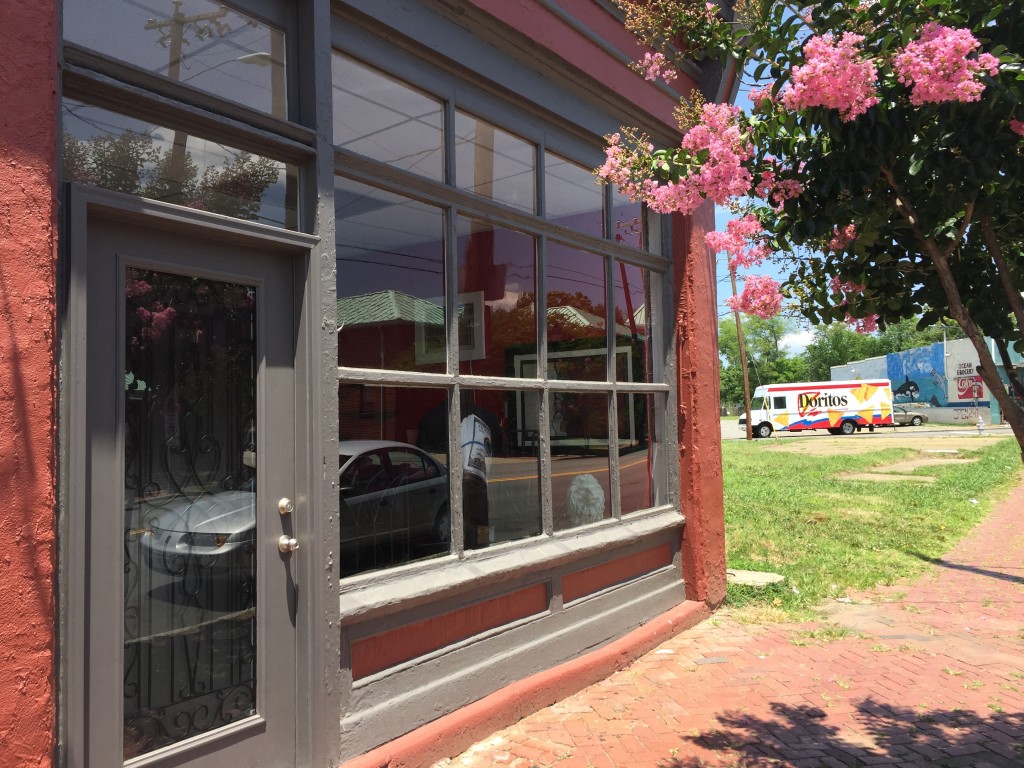 The building that sticks in my mind the most from Better Block is 1008 N 25th St. Once a bright blue and white exterior, a team of volunteers repainted the entire two-story building over the course of a week to match the color pallet of the historic district. Nothing was in there before Better Block, so the property owner agreed to host a pop-up clothing shop for the weekend. Today, it’s clear that a new retail store is about to open in the remodeled space – there’s a new door and windows, fresh carpet and paint on the interior, and retail merchandise is starting to fill the shelves.

The grassy area next door to 1008 – which was transformed into a pocket park for Better Block – has become a priority project of Better Block partner organization Groundwork RVA, which is engaging Armstrong High School students in the planning and design of what will hopefully become a permanent park and asset to the community. Currently, it is still privately owned but appears to be maintained regularly. 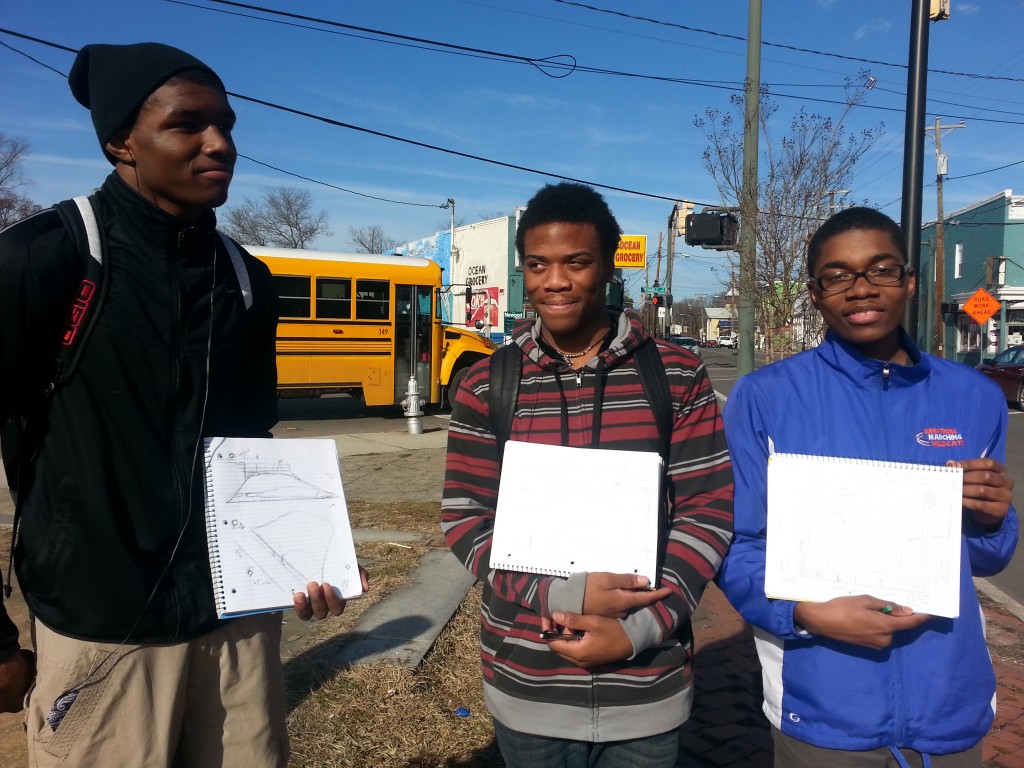 At the southern end of the Better Block Project site, a once vacant building is now inhabited with a thriving business. 1000 N 25th St, one of the city’s first gas stations and later converted into a bologna sandwich take-out spot had been vacant for years. During Better Block, a woman sold home-made cosmetics out of the uniquely shaped triangle building. But today, a new place to eat has taken residency, selling fried fish. Appropriately named, “Jus’ Fish”, the sign hanging from the building makes sure you fully understand: “All we do is fish.” So don’t go there looking for fried chicken! When Jus’ Fish opened a few months ago, the owner of the building emailed me to say:

“Just wanted to thank you for your hard work and efforts toward revitalization of my community. Thanks to that great weekend last year, I have secured a tenant and a new restaurant is open… Thank you again for such an eye-opening event!”

The last and most subtle – but arguably the most important – thing I observed was a sign hanging in the window of the N 25th St Market, a corner store that sells junk food, cigarettes, and alcohol (among other things). The sign read: “Fresh Local Produce”. Thanks to Tricycle Gardens, Church Hill North residents now have the option to buy healthy food in what is otherwise a significant food desert. 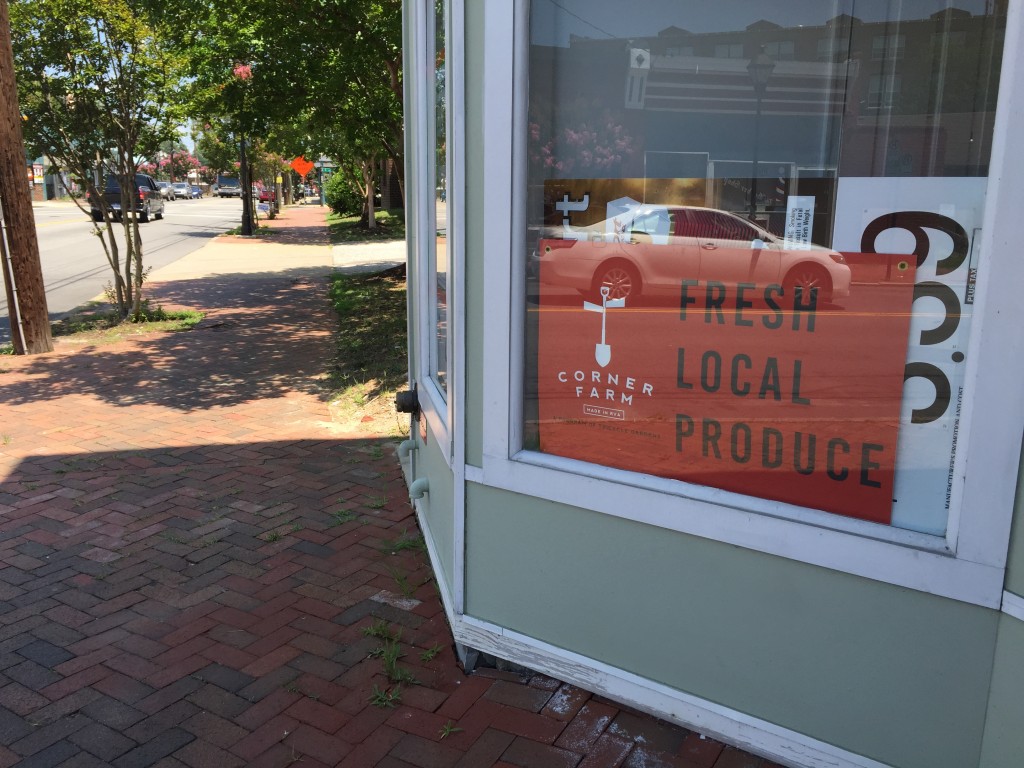 Between the City of Richmond, Bon Secours, and a community of non-profits and residents who are fully invested in Church Hill North as a place to live and work, great things are taking shape in the East End. For example, four blocks away, residents are organizing in support of the area’s first “neighborhood byway” on N 29th St, which would offer a comfortable place for people of all ages and abilities to walk and bike for transportation, and would be a central connector to key destinations in Church Hill.

That stretch of N 25th St on Church Hill still has a ways to go. But things are certainly changing for the better, and there is a whole community up there who still cares a lot about building a better block.