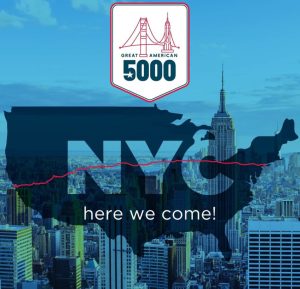 The 2022 version of the Great American 5000 kicks off on Saturday, June 18, and the third running of the event features the most star-STUD-ded field in its history. The extra emphasis is on STUD because Keira D’Amato is back with her Team Studs, and it is loaded with some of the best female runners in America. The lineup features Olympians, record holders, and previous winners of some of the most prestigious races in the world, including the Boston Marathon.

You can see the whole team announcement series courtesy of Keira’s Instagram, @keiradamato, complete with stats, action photos, fun facts, and no shortage of friendly trash talking towards a certain team of Slugs (more on that later). If you missed the announcements in real time, take a look at the Studs roster: 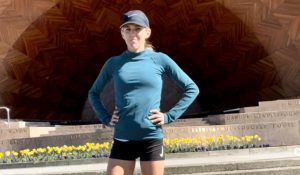 That’s quite a team of Studs, as the name indicates. It’s an incredible collection of individuals who compete against each other regularly in races around the U.S. and the world, but they also have a great deal of mutual respect for each other. Now, they’re working together to take on the 5,000k (3,107-mile) route across America, from San Francisco to New York, aiming to be the first team across the finish line.

There will be no shortage of competitors trying to beat them there, and that includes the Slugs, led by Keira’s husband Anthony. As she explained in her initial post for the 2022 event, the rivalry started before the inaugural Great American 5000 in 2020 with a debate: what if she had 12 elite female runners (Team Studs), and he had “a team of underdogs…everything from Dad Bods to Walking Grannies, lovingly named Team Slugs, who would win?” 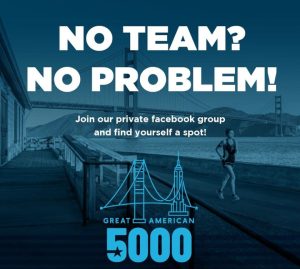 Find your team now for the Great American 5000

With the race getting underway on June 18, you can keep track of the Studs vs. Slugs battle on Keira’s Instagram, as well as by following @GreatAmerican5000 on social media. Or, if you’re really feeling inspired, recruit your team and sign up by the registration deadline on June 30.

Once you’re registered, your crew of 12 or 24 people can start chipping away at the 5,000k trek—that’s as few as 36.6 miles per day for your team (1.52 for each individual on a team of 24). Run, walk, hike—it can all count towards your team’s mileage. You can even make your achievement mean more by donating and helping raise funds for Feeding America, the official Race Charity.

Whether you’re taking part yourself or just following the progress as teams move across the country, be sure to keep a close eye on Studs vs. Slugs. It’s sure to be one of the hottest battles of the summer in a very unique and exciting event.